It is here! 9 locations to enjoy red leaves for free After landing on Kyoto for fall foliage, people will be shocked for full of visitors everywhere. In such circumstance, should visit those places not that popular and get relax. They are easy to arrive and below suggestions are all free of charge. Please have a look.

This shrine is famous for Aoi Matsuri (Hollyhock Festival). The Naranoogawa River is a small river across the temple. The red leaves as a background is wonderful. On 5th of May, the Hollyhock Festival will be held. A Kamono Kurabeuma (traditional Japanese horse racing) to be started on the road in-between the first torii and the second torii. A maple tree at second torii named“Red leaves of winning or losing” is the final point of the race. The Naranoogawa River outside shrine will be called as Myojin Rivier , across the Kamigamo Shake Machi (the living zone foe the shrine’s ministers). White color earth wall is surrounding this old community. Here are 30 houses for those shrine’s ministers, full of ancient style. Walking along Myojin Rivier to Fujinoki no Yashiro, you can visit Otajinja Temple. This is the branch shrines of Kamo Shrine, a good place to enjoy Japanese iris and red leaves. 詳細はこちらをご覧ください。

A Shrine located in the deep position of Path of Philosophy. The fun is the stone mouse for worship and as the guardian of Daiko Shrine. The symbol of this shrine is the pretty weeping red berries tree in front of the hall. You can also discover the red leaves climbing on the torii. When you walk on the Path of Philosophy, suggest to have a stop at here.
Opening hours: 24hours Fee: Free

It is located at the south of Otoyo-Jinja Shrine, at the south-end starting point of the Path of Philosophy. Being the guardian to protect the famous red leaves view point, Eikando, itself also a secret view point for the red leaves.
Opening hours: 24 hours (Office: 8:30am to 5:00pm) Fee: Free

It is the first branch of Kasuga Grand Shrine in Nara. In it, you can find the copy of Nana’s Sarusawa Ike Pond and Kakitsubata Suiren Pond. Here once was the hunting place for Emperor Kanmu, was mentioned as a good place for red leaves since Heian period. In autumn, the 200 meters pavement between the first torii and the third torri will turn into red colour by maple leaves.
Opening hours: 24hours Fee: Free

It is located near the Sagano area, a shrine that many movie artists go for worship. You can also enjoy fall foliage everywhere of it.
Opening hours: 24hours Fee: Free

It is near the Daikaku-ji Temple. There was a lake in width of 1km, now only about 360 meters. There is a “Kannon Island” with a statue of the Thousand-handed Avalokitesvara (as Kannon in Japanese). People can enjoy the reflection of red leaves on the lake around the statue. You can also hire a boat moves in the lake to take sight around the lake scenery. There is a garden called Heiankyo that belongs to Church of World Messianity (Sekai Kyusei Kyo), maybe open to public from 23rd to 25th November.
Opening hours: 24hours Fee: Free

The formal name of Yamashina Shouten is Sorinin Temple It is the Tatchu sub-temple of Bishamondo Temple that famous for red leaves. Places around the main hall or along the side walk for worship are able to catch sceneries of red leaves.

The famous temple which consecrate 47 fellows of the story“Chushingura”(means the loyalty of minister), a history in Edo period about these fellows took revenge for their lord and named as“Ako Incident”. The leader of the group is Oishi Yoshio, the name that the shrine came from. The treasure hall is free for visit. Places around the main hall & worship hall are good for watching red leaves. There are also ponies and carps. People like animals will have more fun here.
Opening hours: 9:00am to 4:00pm Fee: Free

In the area of water division of Biwako Lake, the 4km scope from Shinomiya to Hioka is called as Yamashina Canal, a famous place for sakura. But in late autumn, those yellow ginkgo biloba trees leaves and red maple trees around Ittoen Garden turn to be the movie stars. The boat visit service of Biwako Lake water division (Biwako Sosuisen) will be re-started in 2018. Visitors can admire red leaves by boats along the water divisions. It will work on Saturday or holiday in November. Booking be valid from 13th of august. It starts at 9:00am from Otsu and get off at the dam of Shinomiya near Ittoen Garden.
Opening hours: 24hours Fee: Free

Epilogue Other than those popular red leaves tourist spots, there are still some surprising red leaves sight catching places and free. Integrate these information, have a good plan to enjoy your trip. 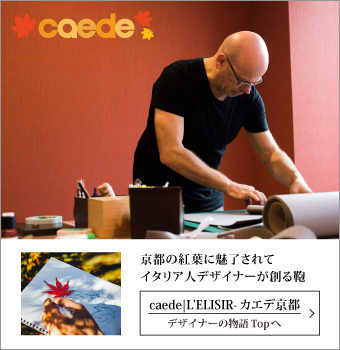